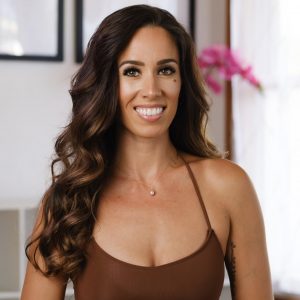 Amanda grew up as a classically trained ballerina and at the age of 16 she received a full scholarship to dance at the Joffrey Ballet School in New York City for the summer. After graduating high school, Amanda immediately began her career as a professional dancer. Some of her major accomplishments as a dancer and performer include, performing in shows at Walt Disney World and Universal Studios, dancing on Celebrity Cruise Lines, being an NBA Dancer for the Orlando Magic, dancing in a broadway produced show in Las Vegas, dancing in multiple commercials and advertisements, as well as performing at the Latin Grammy’s. Upon moving to Kauai in 2016 with her husband and daughter, Amanda began spreading her love and passion for dance by teaching Lyrical, Contemporary, and Musical Theater classes. She is also a certified pilates and barre instructor, as well as a certified personal trainer. She began working with the Hawaii Children’s Theatre in 2022 as the choreographer for the show “Once On This Island”. When she’s not teaching, you can see her performing in the role of Ka Uhane in the Luau Kalamaku at the Kilohana Plantation. 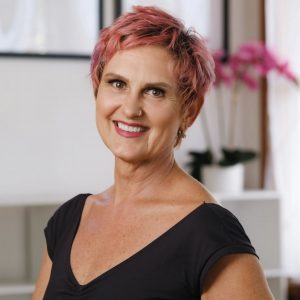 Kellie began her dance training at 5 years old and was lucky enough to be trained by a well-known Russian ballerina, who danced with Ballet Russe de Monte Carlo. She also trained with a Balanchine trained teacher from New York City. As a teen she danced with what is now known as the Conejo Civic Ballet Company. Her passion and love of ballet has stayed with her for her entire life and eventually shifted into teaching ballet. She began introducing her choreography as an outlet for her creativity and soon was teaching ballet classes to all ages. Kellie loves to create ballet choreography to music that an audience would least suspect. Led Zeppelin has been one of her favorites. In 2019 Kellie acquired her Progressive Ballet Technique Certification, which is a training that focuses on core stability, weight placement, and alignment for dancers and non-dancers as well. She also loves to mountain bike and hike the beautiful trails of Kauai, scuba dive in our clear blue seas and snuggle up with a long Russian novel. 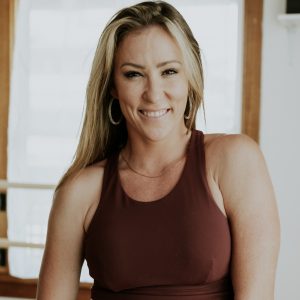 Whitney has been a dancer and gymnast since a very young age. She began her professional training during a year long scholarship program at the prestigious Edge Performing Arts School in Los Angeles. While in Los Angeles she began working in the film and commercial industry, acting/performing in the movie “Bring it On: All or Nothing”, as well as multiple commercials. When she moved to Las Vegas in 2006, she began her 10 year journey of being the lead performer/aerialist in Franco Dragone’s “Le Reve: The Dream” at the Wynn Las Vegas. While living in Las Vegas, Whitney also had the privilege of performing with Lady Gaga, dancing at the Latin Grammy’s, and performing in “Steve Wynn’s Showstoppers: A Broadway Review”. Upon moving to Kauai in 2016 with her husband and children, Whitney transferred her love and passion of dance into teaching Contemporary Jazz classes. When she’s not teaching dance, you can find her performing in Luau Kalamaku at the Kilohana Plantation! Whitney and her husband are also the proud and successful owners of the Kenji Burger Restaurants located in Kapaa, Lihue, and Koloa!

Tashana began her dance journey at a very young age. She grew up dancing at various studios, where she gained the discipline and skills of ballet, modern, and jazz. As she grew into her teenage years, she was introduced to Street Dance, which pushed her technique and mentality towards dance to a whole new level. Street dance is what helped Tashana really understand the importance of how to move with the beat of the music and most importantly it gave her the confidence to be herself and perform in front of others. She had the honor of participating at Germany’s Urban Dance Camp where she trained under world renowned choreographers, such as, Christopher Martin, The EZ Twins, Just Jerk Crew, and KK Harris. She believes dance’s purpose is to connect through your creative heart-mind, bringing together all the technique and passion within you. Tashana combines the heat from the street along with cool classical techniques while striving to continuously empower you along the way! 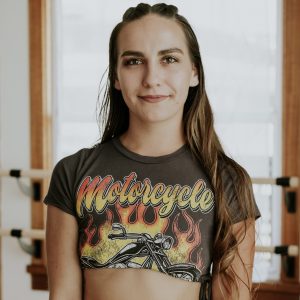 Ashley started dancing at the age of three and joined the competition world at the age of five where she began dancing at one of the top competition studios in the west coast, Dance Precisions. She attend at least 7 competitions each year, including Nationals, which was the biggest competition of the year with studios from all over the country competing. On top of competitions, she attended several conventions and intensives each year, where she got the opportunity to study under world renowned choreographers such as, Blake McGrath, Mia Michaels, Sonja, Nappytabs, and Shannon Mather to name a few. One of her favorite achievements is when she got in the finalist group at Velocity Dance Convention. As soon as she graduated high school, she moved to Kauai and was blessed to begin her dance teaching career. She now gets to opportunity to share her love of dance to all ages, teaching Jazz Funk to the youth of Kauai, as well as Heels Classes to the adults. She continues to travel to Los Angeles and elevate her dance training, where she trains with elite Heels Choreographers such as Melissa Barlow and Cisco Ruelas. Ashley’s love for Heels Dance really grew when she saw the empowerment and confidence it brought to women, and knowing there was a fun and sexy way of getting your cardio in! 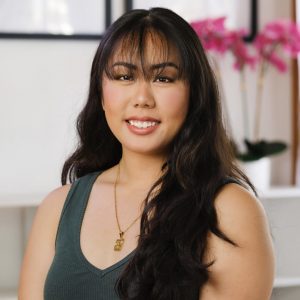 Kylee has been dancing since she was 7 years old, training in every style of dance offered on the island of Kauai. Her years of training helped her win 1st place with her fellow dance sisters in her High Schools talent show for two years. Every summer during her high school years, she traveled to Oahu for conventions like Jump, TDA, and Dancer Palooza where she learned from world renowned choreographers. For multiple years she trained at the prestigious Prodigy Dance and Millennium Dance, both in California and Las Vegas. Since graduating high school, she continues taking classes and spreading her passion for dance with all of her students! 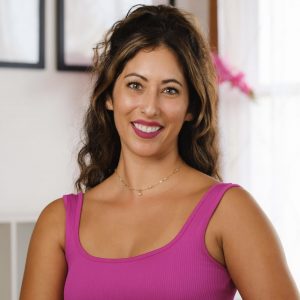 Megan is professionally trained in the art of Mongolian contortion & hand balancing and has over 20 years’ experience in movement-based performance arts (cheerleading, gymnastics, dance, and yoga). Megan has been privileged to train under one of the most world renowned contortion coaches, Serchmaa Byamba (known as “The Golden Girl” of contortion), for the past 5 years. She started performing professionally 10 months into her training and was hand selected to come train and perform with several other master coaches in Mongolia two summers ago. She was the first student invited to complete Mongolian Contortion Center’s teacher training/ artistic choreography program in San Francisco this past fall. More recently, Megan has picked up hula hoop dance and is now infusing it with her contortion practice. She is honored to get to share these beautiful art forms with the island of Kauai through teaching and performance. 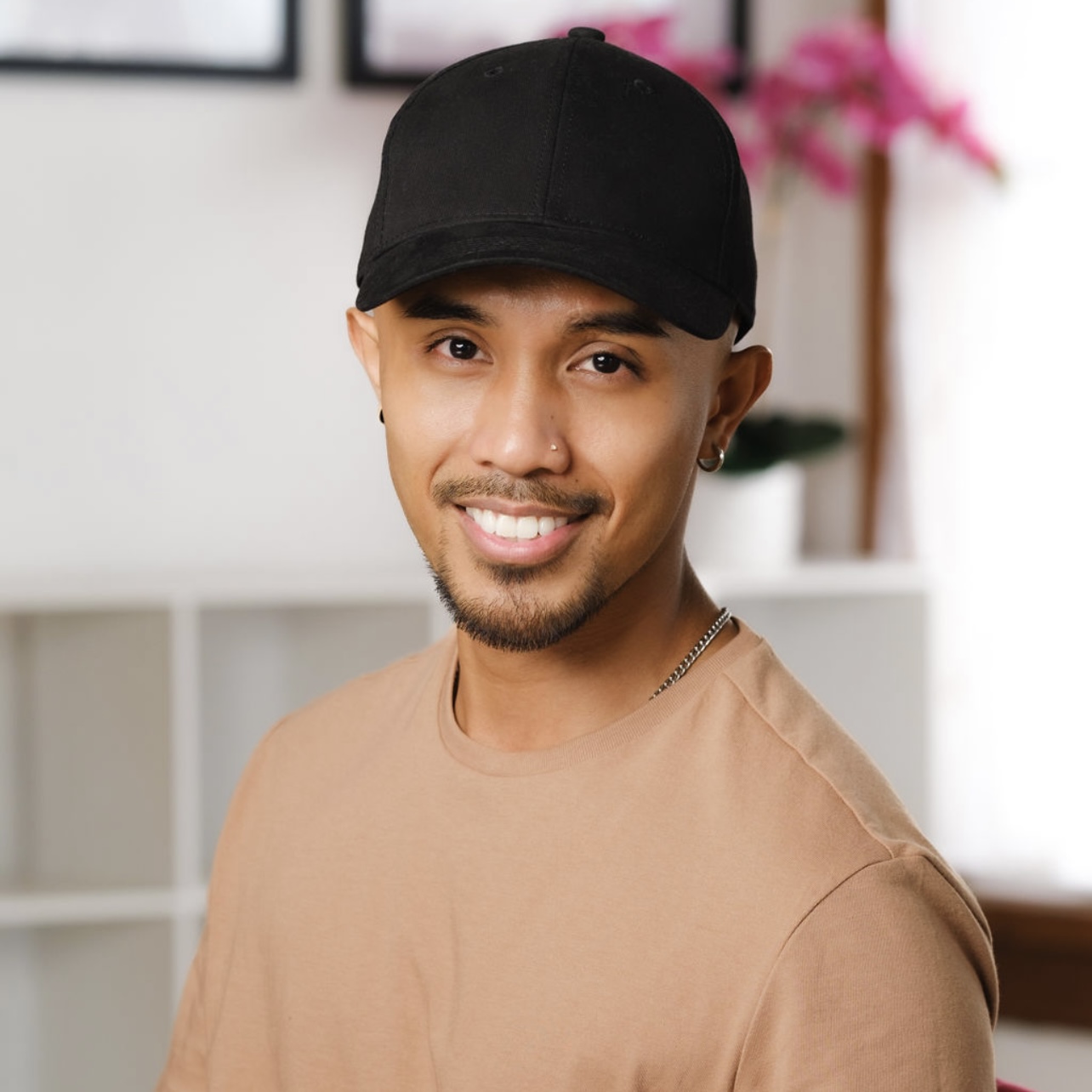 Sean’s love for dancing began at an early age. He grew up in Las Vegas as a self taught individual, but later throughout his life he had the privilege of dancing and battling with world renowned choreographers and dancers. Sean frequently traveled to Los Angeles for open style battles to expand his dancing skills. Dance quickly became a safe place for Sean to express himself and he loves being able to share that same feeling now with his students. Upon moving to Kauai 2 years ago, Sean was able to connect with the local dance community and continue sharing his passion for dance and learning through his peers. Sean loves inspiring young children to confidently express their abilities and create their own unique style through the fundamentals of hip hop and the basics of breakdancing.